In the year of 1945, Mt. Zion was born in the home of Deacon and Sister Lewis Hinton, a saved, sanctified and Holy Ghost couple at 439 Ottawa Street. The couple contacted Bishop C.L. Anderson and requested that a pastor be sent to lead the newly established church. Elder DeLewis Sanders was sent by Bishop Anderson to the church and became Mt. Zion's first pastor. Under the leadership of Elder Sanders, the church experienced the eminent presence of the Lord and souls were saved.

In April of 1946, Elder B.T. Stephen succeeded Elder DeLewis Sanders, and the Lord blessed the church to grow as more souls were added. In September of 1947, a new church, located at 9 East Muskegon Avenue was purchased.

During the 1950’s, the city experienced an economic crisis. The crisis caused many of the members to look elsewhere for employment which resulted in a decline in membership. The Lord, nevertheless, blessed Mt. Zion to prosper and recover from the loss. The church continued to march onward and upward.

In September 1963, Elder B.T. Stephen was called to pastor a church in Flint , Michigan . Upon his leaving the area, he recommended Elder George M. Bennett a young minister who he believed to be qualified to provide leadership to the church membership. In October, State Bishop Charles I. Johnson and his staff officially installed Elder George M. Bennett as pastor of Mt. Zion Church of God in Christ.

In 1964, groundwork was laid for the purchase of another edifice which was located at 509 Jackson Avenue . The church celebrated the mortgage burning ceremony in July 1967.

During the August 1981 membership meeting, the members discussed the possibility of purchasing a larger edifice. The former Evangelical Covenant Church , located at
188 West Muskegon Avenue, was for sale. The membership was enthusiastic about the property and soon thereafter a tour was scheduled. Upon completion of the tour, the membership met for discussion and began to make individual pledges toward the purchase of the building. In October 1982, the building was purchased and on November 6th the Inaugural Service was held.

The Mt. Zion Church of God in Christ celebrated a Golden Anniversary in September 1995 and the mortgage burning ceremony in 1998 during the church’s 21st Annual Old Fashion Christian Family Reunion service.

On March 10, 2007 after 43 years of faithful service, Administrative Assistant George M. Bennett went home to take a well deserved rest to be with his Lord. 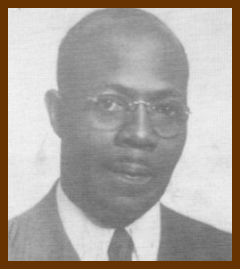 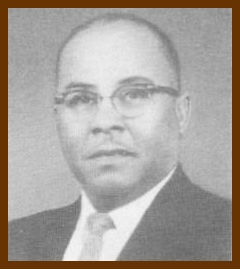 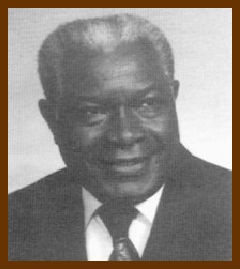